The fake news that does catch on has some plausibility that tells you an awful lot about the world we live in and how our fellow humans perceive that world.

Jonathon Morgan is the Founder/CEO of New Knowledge, a data scientist and researcher of violent extremism. He has studied the communication of jihadists online and recently written an insightful and alarming analysis on the rise of violent rhetoric within the American far right. He also hosts an excellent data science podcast. I had the opportunity to talk to him on the subject of extremist groups online for Tages-Anzeiger, with Süddeutsche Zeitung running the piece as well. On the mentioned sites an abbreviated and slightly edited version appeared. Here’s the english transcript of the interview.

You wrote that you’re interested in „catching bad guys with data“ – how does that work?

Just like in real life: Criminals, extremists, people who cause harm engage in behaviors with a certain signature. They do this online and in the real world. These patterns can be fairly complex and I use new techniques to analyse data and new machine learning techniques to recognise them. It’s a way that gives a lot of opportunities to identify extremists and develop strategies for counteracting them. In a law enforcement way but also when it comes to understanding how to stop people from being radicalized. And perhaps create a society where extremists have less success preying upon people who are vulnerable.

What is your motivation?

In your work you have studied different groups of extremists and their behaviour online. How do you gain information on them? END_OF_DOCUMENT_TOKEN_TO_BE_REPLACED

Amazon is not investing in the town’s people; instead, it’s mechanizing them.

Sal Culosi’s last words were to Baucum, the cop he thought was a friend: «Dude, what are you doing?»

But with each year that followed, casualties and deaths rose as steadily as the local opium crop. 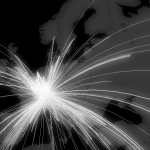